In order to implement the decisions and plans of the Central Committee of the Communist Party of China and the State Council on coordinating the promotion of epidemic prevention and control and economic and social development, and to ensure that Chinese crew members are replaced in an orderly manner and return home when their contracts expire, the Ministry of Transport issued the Notice on Further Strengthening Management of Replacement of Chinese Crew Members Onboard Ships Engaged in International Voyages at Domestic Ports on 1 April, standardizing such operations of replacement for crew members. On April 22, the Ministry of Transport and six other Departments jointly issued the Notice on Precise Epidemic Prevention and Control for Crew Members of Ships Engaged in International Voyages, which clarified the specific measures to ensure the orderly replacement of Chinese crew members during the epidemic period, and issued relevant operation guidelines to guide the replacement of Chinese crew members of ships engaged in international voyages.

At present, the shift change for crew members is generally stable, the situation is positive, the process is safe and orderly, which effectively maintains the supply of seafarers for China's foreign trade transportation, laying a good foundation for ensuring the stability and smooth supply chain of the industrial chain. 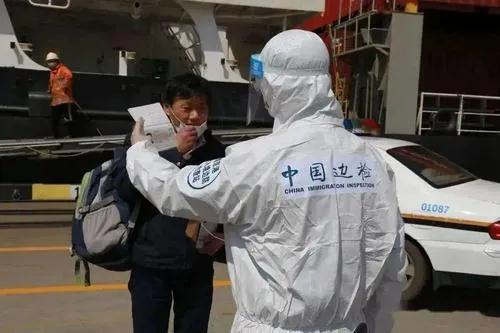