Based on the precondition of respecting the independent choice of enterprises in customs clearance, the customs have actively promoted business reforms such as “early declaration” and “two-step declaration”, steadily promoted the pilot projects of “direct pick-up alongside ship” imported goods and “direct loading upon arrival of exported goods”, and significantly improved the timeliness of customs clearance.

Up till now, the “single window” of international trade has realized the information interaction and sharing with the general system of 25 departments, serving all ports and regions of China, with a total of more than 3.96 million registered users, 18 basic service functions online, 729 service items offered and 12 million declarations made daily, basically meeting enterprises’ needs of “one-stop” for business handling, and the universal benefit from this regard is increasing constantly.

It is learnt that, on the basis of the previous reduction of some administrative examination and approval items, customs will cancel the registration of customs declaration enterprises, the filing approval of export food production enterprises, the inspection license of import and export commodity inspection and appraisal business, and the qualification license of personnel engaged in entry and exit quarantine handling business. Currently, the pilot project of “separating permits from the business license” reform for all enterprise-related business licenses has been launched, the threshold has been further lowered, and the examination and approval services have been continuously optimized. Local customs also provided enterprises with online inquiry and self-service printing and other services regarding the Inspection and Quarantine Certificate for Imported Goods, certificates of origin. 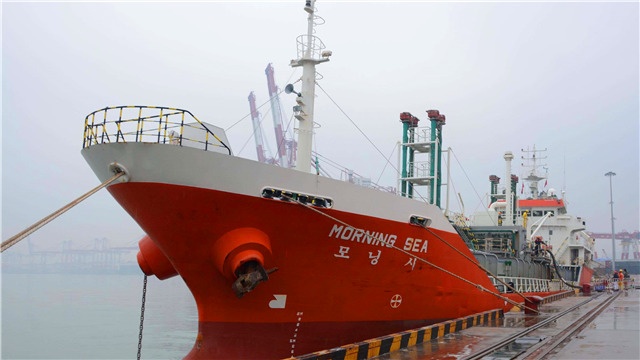