News
Home > News
Hai Tong Case︱Shall the shipper be liable to the carrier for the leakage of containerized dangerous cargo with “complete of three certificates”?
Addtime：2021-07-12     Browse：124    Author：admin
Back

Instruction: Recently the Higher People’s Court rendered a Civil Judgment for the case represented by us for dispute over contracts for carriage of goods by sea or waters connecting the sea between China United Lines Co., Ltd. (hereinafter referred to as “CULINES”) and Hebei Chengxin Jiutian Pharmaceutical Chemical Co., Ltd. (hereinafter referred to as “HCJPC”). Under the circumstance that the dangerous cargo consigned by HCJPC had the Dangerous Cargo Container Inspection Certificate issued by China Classification Society, the Container Packing Certificate issued by professional dangerous cargo packing companies, and the Declaration on Safety and Fitness of Dangerous Cargo / Cargo apt to Cause Pollution confirmed by the competent maritime authorities. the Higher People’s Court till determined that HCJPC (shipper) shall be liable for the loss suffered by CULINES (carrier) due to the leakage of dangerous cargo.

This case involves the court’s determination of whether the shipper properly fulfills the obligation of packaging dangerous cargo and stowage in containers, which has certain referential value for the carrier to claim compensation from the shipper in similar accidents. 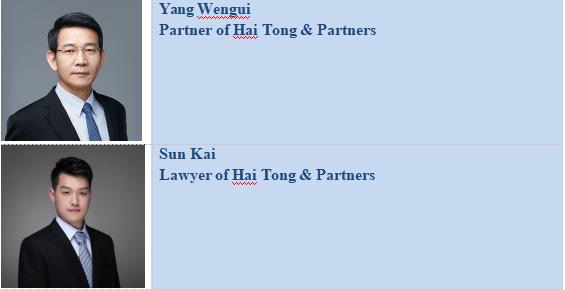 Brief description of the case 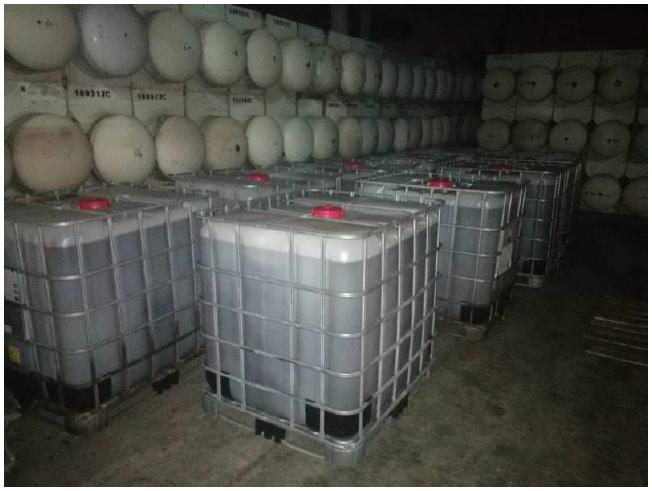 After 5 containers were loaded onboard, the vessel involved set sail from Qingdao port and arrived at the Yangtze Estuary of Shanghai port the next day and dropped anchor waiting for berthing information. During the anchoring process, 3 containers involved were found to have leaked. Under the coordination of the maritime department, the containers involved were unloaded after berthing and transported to Shanghai East Wharf of Shanghai port and Milkyway Dangerous Chemicals Yard in the afternoon of the same day. Thereafter, CULINES and HCJPC entrusted inspectors respectively to conduct open-container investigations, and inspectors found that part of the packaging barrels of the cargo in the container were completely disintegrated and deformed, and the internal cargo was leaked; Some of the iron frames cracked and fell off, especially at the welds. As shown in the following figures: (Picture 2, Picture 3). 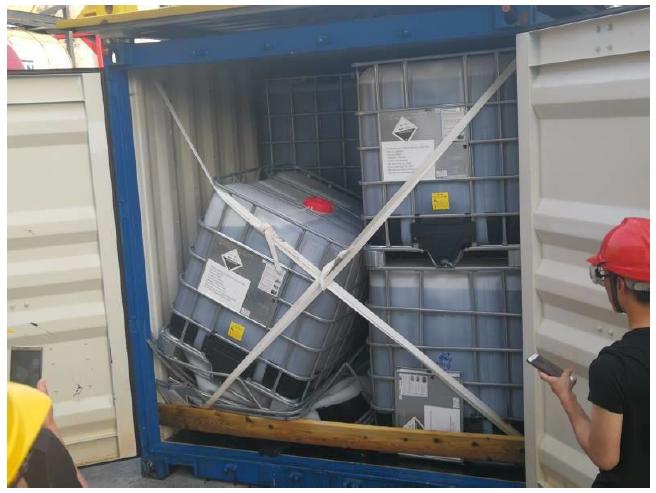 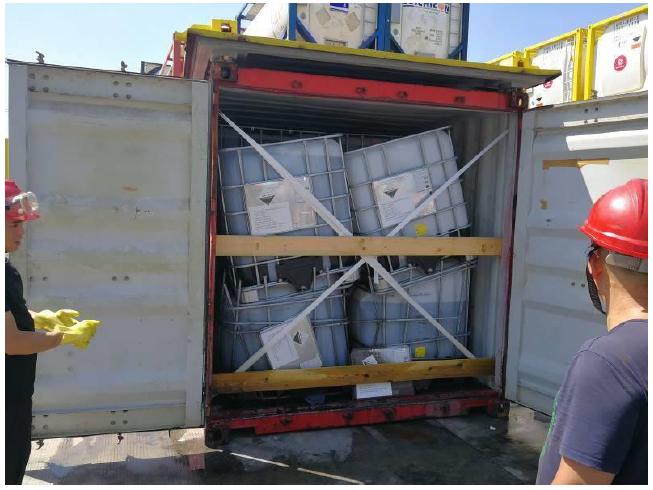 Shall HCJPC be liable for compensation for the occurrence of the leakage accident?

HCJPC held that it had properly fulfilled the shipper’s obligation of proper packaging under Articles 66 and 68 of the Maritime Code, and shall not be liable for compensation, for the following reasons:

On the basis of fully ascertaining the facts of the case, the Shanghai Maritime Court basically adopted our opinions and held that:

Based on the characteristics of container liner transportation, in the absence of special agreements, the packaging and stowage of cargo in containers are the legal obligations of shippers, and shippers of containerized dangerous cargo often obtain certificates of conformity concerning packing container and the stowage of cargo in containers in accordance with requirements of laws and regulations. In such circumstance, if the leakage accident still occurs, whether the carrier can require the shipper to bear the liability according to the provisions of Articles 66 and 68 of the Maritime Code has become the focus of controversy in such cases.

Through judgments of the first and second instances of this case, the Shanghai Maritime Court and the Higher People's Court of Shanghai have conveyed a clear message to carriers, that is, all kinds of certificates provided by the shipper are only preliminary evidence of qualified packaging containers or stowage of dangerous cargo in containers, and that if the carrier can submit sufficient rebuttal evidence, the court will make an independent determination on this issue on the basis of detailed investigation of the facts of the case.

If readers have any questions about this case, please contact our lawyer Yang Wengui or Sun Kai at: