Recently, Ningbo Maritime rendered a ruling in accordance with the International Convention on Civil Liability for Oil Pollution Damage, 1992 as well as legal provisions in Chinese law, granting an application submitted by a Panama company for constitution of limitation fund for maritime claim of oil pollution damage, with the amount of the fund as 6743109 SDR, equivalent to RMB55 million. It is learnt that this is the first case in which foreign entity was granted to constitute such limitation fund in China.

Oil & chemical carrier MV EL ZORRO of 8539GT is owned by Panama Dominion Glory S.A.. In December 2018, she sailed to Zhapu port, China after completion of loading oil in Daesan port, South Korea. On December 24, 2018, when anchored waiting for discharging cargo, she was collided by MV ELLINGTON of Singapore nationality. As a result, cargo hold #6 at the starboard side of MV EL ZORRO was broken and base oil so loaded onboard leaked out. She reported that about 400ton oil was leaked out. After occurrence of such accident, local maritime safety administration immediately rush to the scene of the accident and carried out survey, and emergency plan was activated, appointing professional environmental protection companies of Jiaxing City to carry out pollution cleanup operation at sea.

In relation to this accident, Panama Dominion Glory S.A. applied on March 20, 2019 to Ningbo Maritime Court for constitution of limitation fund for maritime claim of oil pollution damage, with amount as 6743109 SDR, it also submitted relevant evidential documents. In addition, it is learnt separately that for economic losses such as pollution and cleanup operation resulted from the accident, Panama Dominion Glory S.A. has paid partial compensation in advance to Chinese entities, totaling as RMB48,895,000 and USD9 million.

Upon examination, Ningbo Maritime Court held that in this oil leakage accident involving foreign element, both the countries of parties concerned and the country in which the accident occurred are member states of the International Convention on Civil Liability for Oil Pollution Damage, 1992, the vessel in this case carried and leaked out plenty of persistent oil, claims of great amount would arise, relevant parties concerned had right to apply in accordance with law to constitute limitation fund for maritime claim of oil pollution damage, so as to limit their liabilities as provided for in law. For this purpose, Ningbo Maritime Court accepted the case and granted such application.

The responsible judge of Ningbo Maritime Court said that before rendering ruling for the application, the court had notified all interested parties/person of this accident strictly in accordance with relevant legal procedures. Foreign party concerned expressed that it believed that Chinese court would handle this case fairly and effectively in accordance with relevant international conventions and Chinese laws, so as to protect its lawful interest. 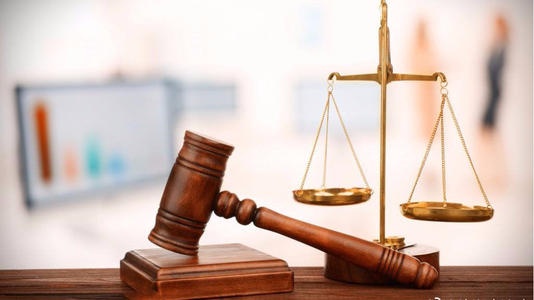